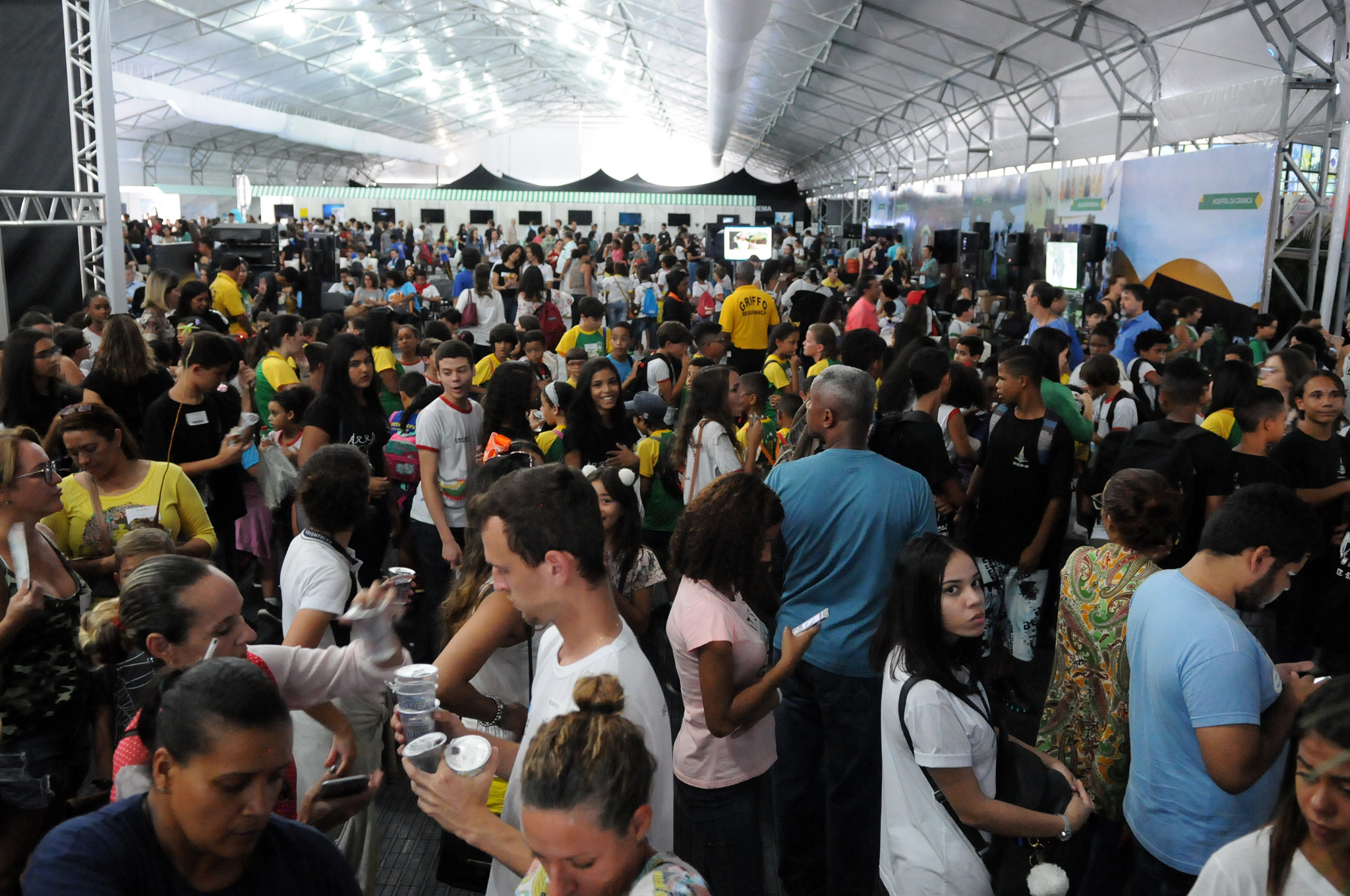 This Friday (23) morning, last day of activities of the 8th World Water Forum, the Village was full. The audience filled the place to enjoy the debates, workshops, movie screenings, and a lot of other activities in addition to various other activities programmed to bring innovative experiences and put the public in touch with the theme of water in its many forms.

An estimate of around 8000 people passed through the Village only in the mornings. A large part of the audience was from school excursions, which brought excited children and teenagers to see the attractions of the venue.

"It was the first time that students participated in such experiences. The idea of bringing them here was to allow them to have contact with this knowledge in a different, interactive way. In class I will review with them to establish the importance of preserving water, "commented Professor Ivone Campos, who led a group of 26 students from the Special Education Center I, in Brasília-DF. They were excited by participating in the "Falta Água" (Water Shortage) game at Green Nation.

Green Nation, one of the venues in the Village, brought to the public interactive activities that sought to address the theme of water in all its implications. "We sought to create facilities that cater to all audiences, to all ages. 30 actors and 150 volunteers were serving around nine to ten thousand people a day", said the director general of the movement, Marcos Didonet.

Debates were also part of the program of the Citizen's Village. On Friday morning, the first one addressed the topic Water and Health and brought together children from various schools to learn more about the impact of water quality on human health. At the end of the debate, a Letter of Intent was launched, shaped throughout the week.

"We had four debates during the Forum, where we debated with students about important water issues. From there, the children wrote messages to the authorities. We consolidated this material and transformed it into a Letter of Intent signed by the president of the National Health Foundation (Funasa)", explained Ângela Campos, a Funasa representative who released the document at the end of the conversation. The idea, according to her, is that this should be carried out and transformed into new actions aimed at the schools, the populations, giving continuity to everything that was discussed and done during the Forum.

"We have to save it, otherwise the water will end. We can get sick without water", said Maria Fernanda, 7, just after leaving the debate. She's from a school in Brasilia and promised to share at home everything she learned in the Village.

Water as a human right was debated in the second round of morning talks. One of the participants in the debate was the actress Maria Paula, the peace ambassador of the Federal District, that invited all those present to make more conscious choices. "We have to take the focus off of the individual and place on the collective, on the life of the planet. Let's make better choices so that we can impact the planet in a positive way", she invited.

Catarina Albuquerque, Executive Director of the Sanitation and Water for All Institution (SWA), drew attention to the fact that water and sanitation are a human right and, therefore, governments have an obligation to guarantee universal access to them. "Regardless of how services are delivered, these rights must be guaranteed for all", she stated.

The audience followed this and other reflections during the week that took more than 100,000 people to the Village. The intention of the fair was to bring the citizen into the debate on water to form a new consciousness. In addition, the venue was an innovation of the eighth edition of the World Water Forum.

"I think it will awaken citizens, especially children, to the importance of preserving water. We have to be aware of what can happen in the future and make the changes from now on", said the public official, Miriam Francisca, a resident of Brasilia,

For Paulo Salles, co-president of the National Organizing Committee of the 8th Forum, the Village fulfilled its role as an environment of leisure and education. "We are sure that people will take these experiences to life," he said, commenting that the venue met the expectations of the organization.