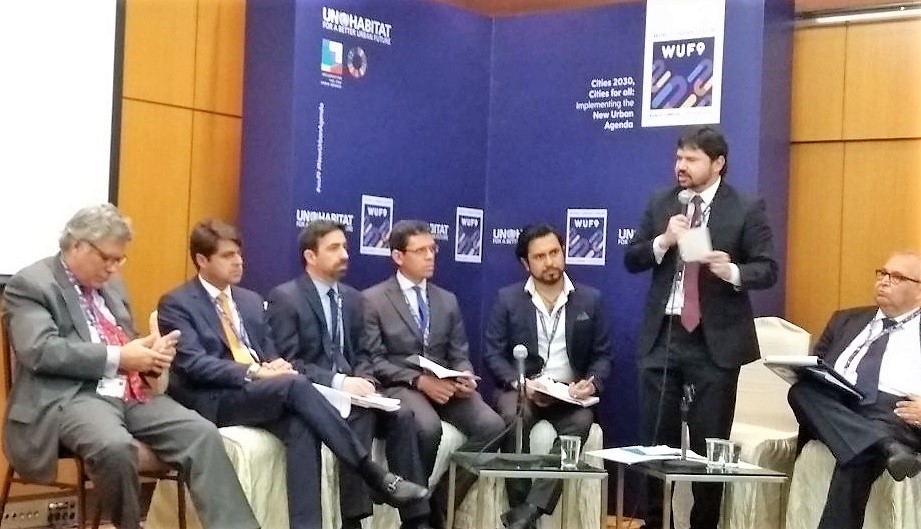 Preparations for the 5th International Conference of Local and Regional Authorities for Water, which will take place within the 8th World Water Forum, are being discussed this week in Kuala Lumpur, Malaysia. The intent is to engage more actors for the world’s largest water event, which will take place in Brasilia in March. Authorities, public and private managers, as well as specialists involved with the subject will all participate.

The preparatory discussions for the 5th International Conference of Local and Regional Authorities for Water started on Thursday (8), with the theme "Water to Sustain a New Urban Future".

The preparatory meeting, which will wrap up on Friday (9), is part of the program of the 9th World Urban Forum (WUF9), which goes on until February 13 in Kuala Lumpur. The event deals with urban affairs related to life and infrastructure in cities around the world. Click here to check out the complete program.

In addition to the Deputy Chief of Federal Affairs of the Presidency of the Republic, Paul Câmara, Ambassador of Brazil in Malaysia, Carlos Ceglia, the Director of GWOPA/UN-Habitat, José Luis Martín Bordes, the Mayor of Itacaré/BA, Jadson Albano Galvão, the representative of Allas Mexico City, Braúlio Diaz, the Director of the ICLEI South America, Rodrigo Perpétuo, and the Director of the Mediterranean Water Institute (IME), Hachmi Kennou also participated at the roundtable and the debates.

Paulo Câmara leads the Brazilian delegation at the 9th World Urban Forum, in order to monitor various activities of the event, coordinate participations at the 8th World Water Forum and chair a side event presenting the preparations for the 5th Conference of Local and Regional Authorities on Water.

The idea of the 5th Conference of Local and Regional Authorities during the 8th World Water Forum is to bring together mayors, governors, experts and authorities in several countries to discuss various issues related to water management and water resources. The Conference will be one of the side events of the Forum and will take place on March 20 and 21.

The World Water Forum takes place every three years and is an initiative of the World Water Council, an international organization based in Marseilles, France, composed of representatives of governments, academia, civil society, businesses and non-governmental organizations, forming a large scope of entities related to water.

It is organized in Brazil by the World Water Council, Brazil’s Ministry of Environment – represented by the Brazilian Water Agency (ANA) –, and the Government of the Federal District – represented by the Federal District’s Water, Energy and Basic Sanitation Agency (Adasa). The Brazilian Association of Infrastructure and Basic Industries (Abdib) is a member of the National Organizing Committee.

* With information from the Presidency of the Republic.