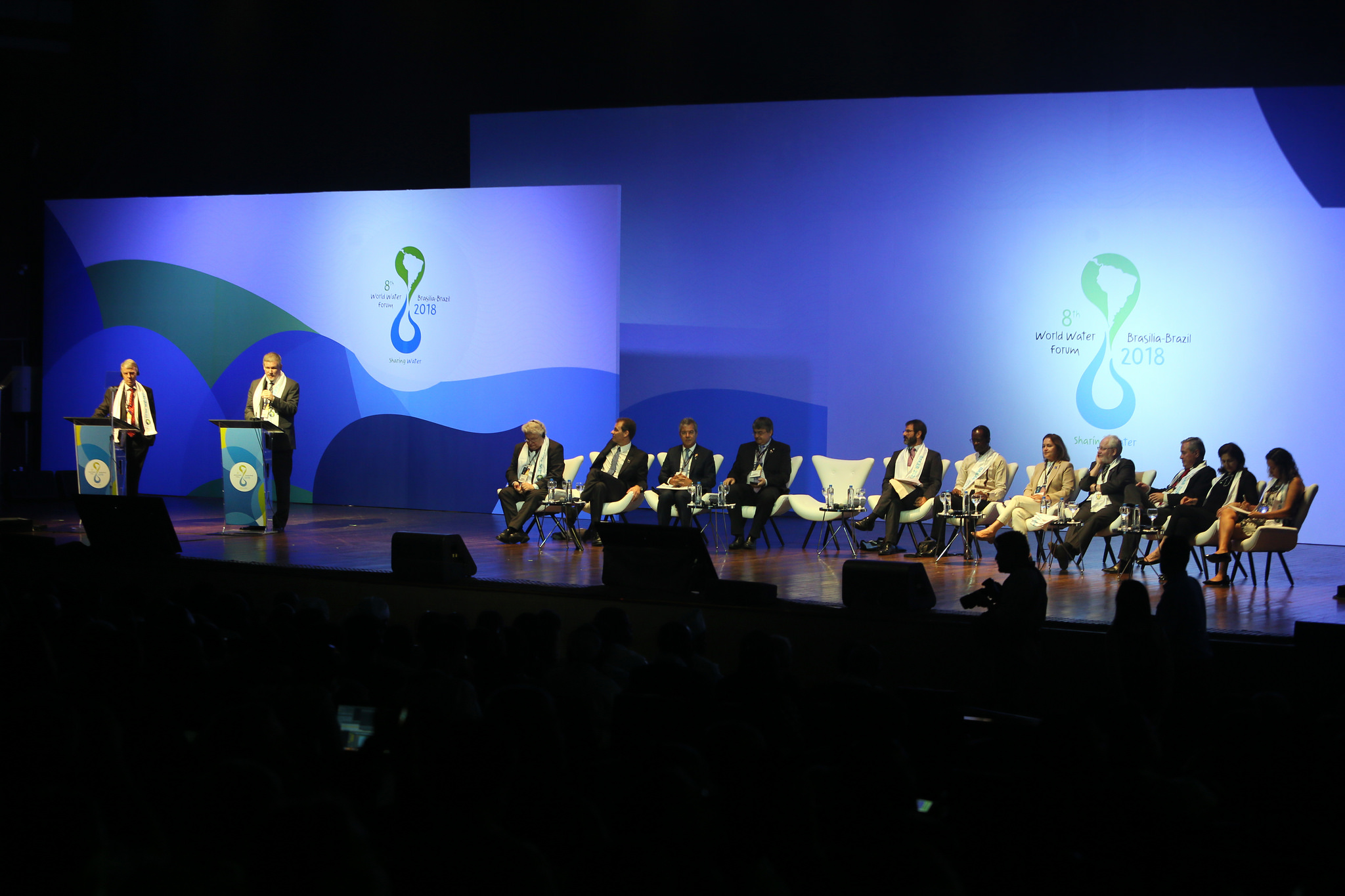 The closing ceremony of the 8th World Water Forum was marked by the celebration of the success of the Brazilian edition of the event, which took place in Brasilia from March 17 to 23, 2018. After presenting the results, delivering the Kyoto Prize and the statements of the authorities, the flag of the World Water Forum was passed to the delegation of Senegal, where the 2021 edition will be held. The ceremony was held at the Ulysses Guimarães Convention Center on Friday.

Members of the organization presented the results obtained in the 8th edition of the event. The Minister of Foreign Affairs, Reinaldo Salgado, reported on the activities of the Political Process, with emphasis on the mock International Court of Justice for Water, which was attended by members of supreme courts of six countries. Senator Jorge Viana pointed out the presence of 134 parliamentarians from 20 countries.

Torkil Clausen and Jorge Werneck, president and vice-president of the Thematic Process committee, highlighted the 95 regular sessions plus a special one, all attended by women. The Regional Process sessions, according to Irani Braga Ramos, vice president of the committee that worked on the theme, had a total audience of 6765 people, from 101 countries.

A new feature in the 8th edition of the World Water Forum, was the Citizen Village, that was attended by more than 100,000 people, of which 40,000 children. The Sustainability Focus Group was strongly represented by the private business sector and by sanitation companies.

Tatiana Silva, a young representative of the World Water Council, drew attention to the capacity and potential of young people to cooperate and sent a message to the organizing committee of the upcoming Forum in Senegal. "We do not accept a World Water Forum without young people anymore". Then, volunteers from the 8th World Water Forum went on the stage for a photo with the process makers.

During the ceremony, the Charité Chrétienne Pour Personnes en Détresse (CCPD), a Christian Charity for People in Need organization, based in Togo, received the Kyoto Water Prize.

The CCPD received the equivalent of 18,000 US$, which will be used to implement the project and promote water management in Togo.

The passing of the World Water Forum flag symbolized the restart of the continuous work of the World Water Forum. Those present watched a video about the host country of 2021. In his speech, the minister of Water and Sanitation of Senegal, Mansour Faye, praised the execution of the Brazilian forum and announced the theme of the next edition: water security.

Rollemberg thanked the World Water Council for the faith put in the city of Brasilia and all those involved in the event for the 8th World Water Forum. "Here, scientists, authorities, civil society, honestly, fraternally and openly, shared experiences and visions. I have the conviction that no one will be the same after having participated in the 8th World Water Forum", said the Governor. Rollemberg recalled that water is the most important theme for the future of mankind and wished success to the Senegalese.

Benedito Braga pointed out that in the three years of work he was able to count on partnership, citizen participation and politics, "without which it would not be possible to hold the 8th World Water Forum".

"We have fully achieved our goal. Not only we had a very large number of people participating, but we had a fantastic quality of work", he revealed. Braga said that the Charter of Brasilia, a document resulting from the Conference of Judges, will be taken to Pope Francisco, who showed interest in the matter.