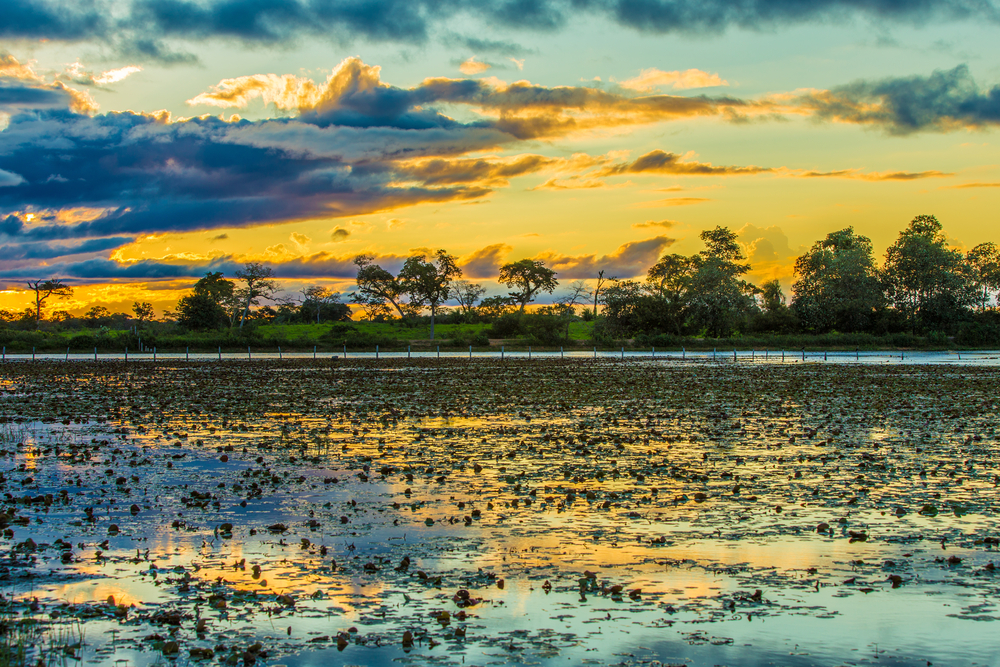 Represented by their respective ministers of the Environment, Brazil, Bolivia and Paraguay have signed this Thursday (22) the Declaration for the Integral and Sustainable Conservation and Development of the Pantanal. The ceremony was part of the programming of the Regional Process of the 8th World Water Forum.

The document proposes that the three countries work to promote sustainable development in  Pantanal, including the respect to their inhabitants. The initiative is a result of a convention held during the 12th Conference of the Parties to the Ramsar Convention, which happened in Uruguay in 2015, when Bolivia, Brazil and Paraguay have made the commitment to establish an agreement or initiative to take measures for the conservation of the Pantanal, which is becoming a reality today.

“The willingness is great and has already been implemented on the part of everyone. Pantanal is not only the heritage of the states of Mato Grosso and Mato Grosso do Sul, it is part of the world. A rare jewel to be preserved,” said the Minister of Environment of Brazil, Sarney Filho.

To the minister of Environment and Water of Bolivia, Carlos Ortuño, “this day will be remembered as an example of brotherhood and solidarity, selflessness and surrender. Today, all three countries demonstrated to the world that our region is a leader in the prevention of problems and in favor of the preservation of ecosystems.”
Minister of State for the Environment of Paraguay, Didier Cezar Olmedo Adornment, celebrated. “We're talking about a unique continental resource in the entire world. I am glad that the preservation and the sustainable development of the whole Pantanal is the realization of this important task carried out within the framework of the united nations, in line with the objectives of the 2030 Agenda”.

The Pantanal crosses the borders of Brazil and also becomes part of Bolivia and Paraguay. With more than 200 thousand km2, the Pantanal is the largest continuous flood plain of the world. And a third of it is in the territory of the state of Mato Grosso, Brazil. Cradle to 4,700 animal and plant species, it is considered a Natural World Heritage site by Unesco.